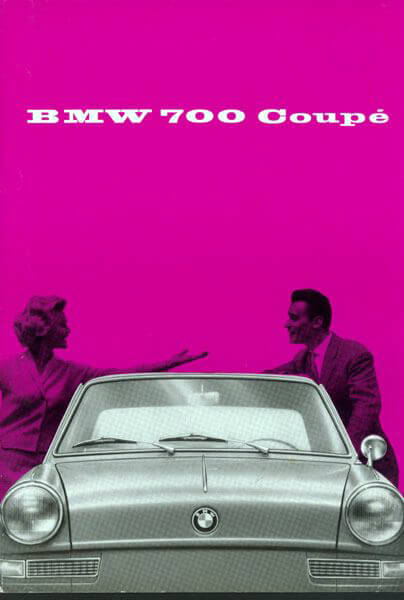 The BMW 700 was a small rear-engined car which was produced by BMW in various models from August 1959 to November 1965. It was the first BMW automobile with a monocoque structure. The 700 was a sales success at a time when BMW was close to financial ruin. The 700 was also successful in its class in motorsport, both in its stock form and as the basis of a racing special called the 700RS.

More than 188,000 were sold before production ended in November 1965. Upon discontinuing the 700, BMW left the economy car market and did not return until 2002 with the Mini.

This is the 6-page fold-out sales brochure for the BMW 700 Coupe. 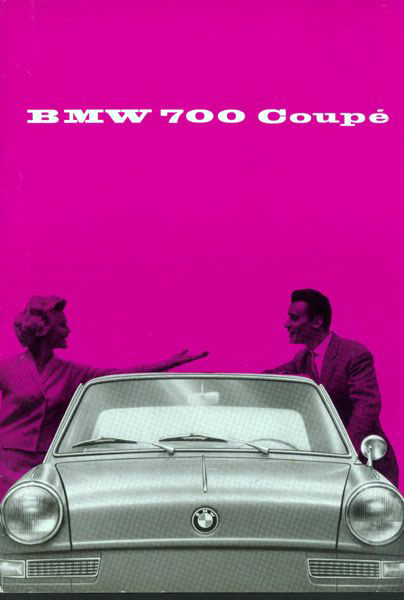 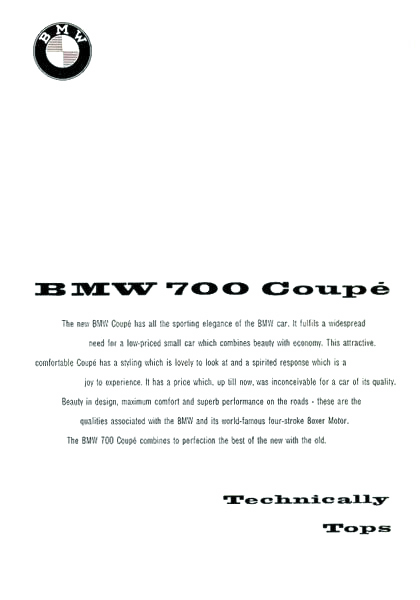 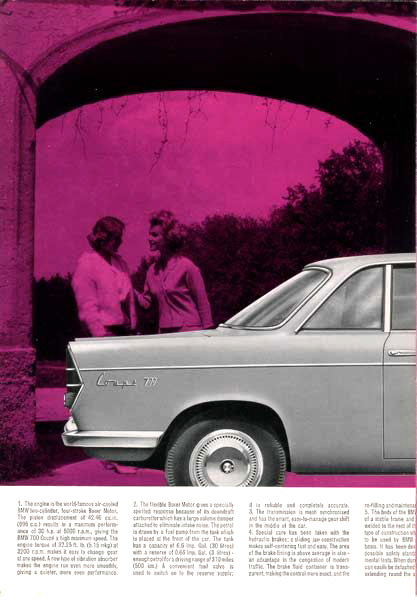 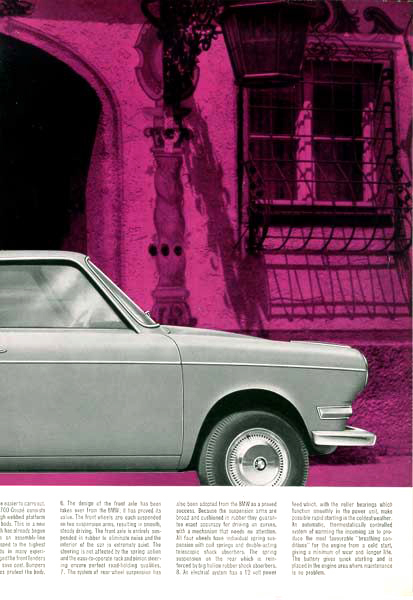 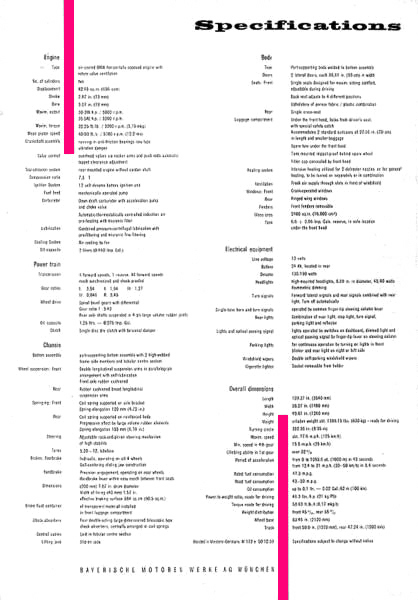 Let us hear your thoughts? Select your choice, click "Submit".